The Most-Loved Interior Styles in Every State

Minimalism, traditional, and Victorian interior home styles appear to be losing some appeal in favor of the public’s rising appreciation for the industrial aesthetic. Industrial decor is now the most popular interior design style in the country, according to a new report from Joybird, a furniture company. The industrial look has a factory feel with a modern touch, often featuring open layouts, metal appliances and features, and exposed brick.

Joybird researchers analyzed the most-searched interior design trends in each state, based on Google Trends data from June 2018 to May 2019. The industrial style was the top choice among 12 states nationwide, the highest on the list.

Design tastes did show some variation across the country. For example, in the South, modern farmhouse and rustic style tended to be the most popular, while vintage was big in the Northeast. Industrial was the most-searched-for style in the Midwest, and tied with modernism in the West, according to the survey. 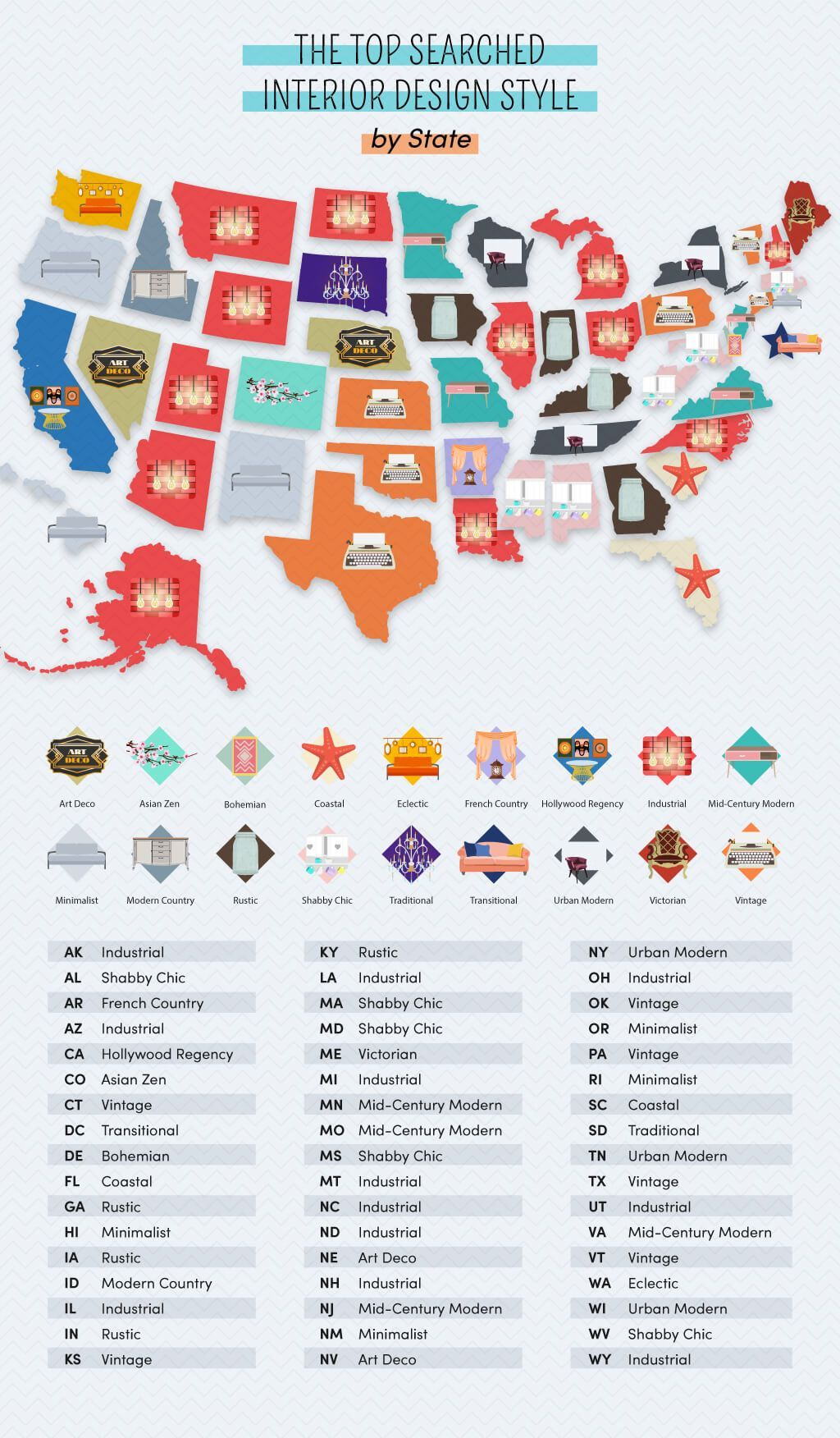 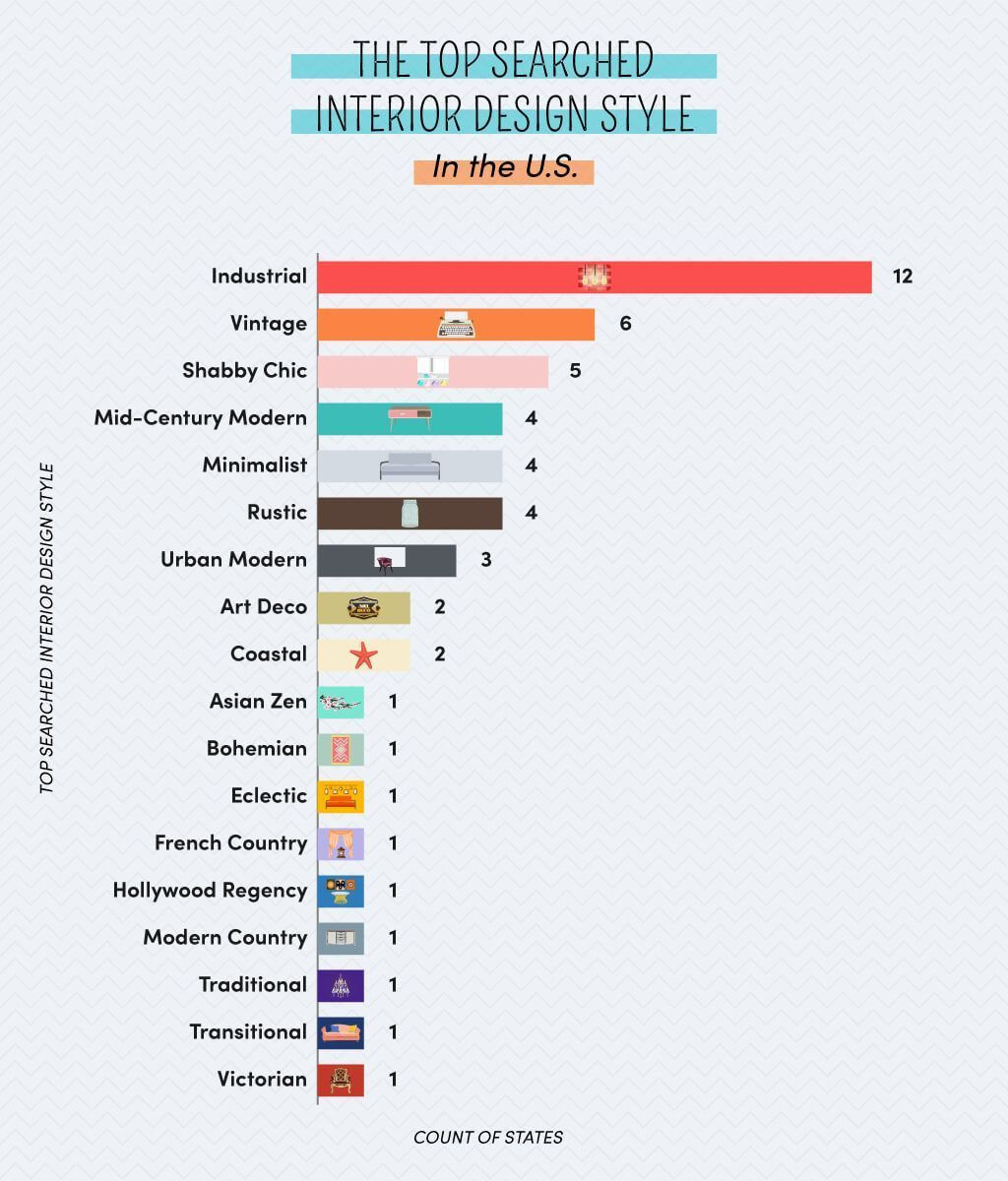