Beautiful open spaces, new subdivisions, and equestrian properties dot the Star landscape. Located between Eagle and Middleton, Star delivers the perfect combination of nearby opulence with rural sensibility. Some have referred to Star as the next Eagle with plenty of undeveloped land, active agriculture, and rolling hills – it very much is reminiscent of Eagle just a few decades ago. Star is conveniently located near everything you may want or need. Less than half-an-hour from downtown Boise and about 15 minutes from Costco located in Nampa. Star delivers an authentic small town life with friendly neighbors, traditional festivals, and the absolute best 4th of July fireworks show in the Valley!

The community of Star was one of the earliest in the Boise Valley. The Pioneer ditch was started in 1863 by M.B. Palmer and later extended to the Middleton Mill. This irrigation ditch and its supply of water allowed the country between Star and Middleton to be settled early. One of the first settlers was Ben F. Swalley who in 1863 drove his ox team and wagon onto 300 acres of land along the Boise River, a mile south of the present town. Others followed, homesteading the good farm land along the Boise River. The surrounding farms often catered to the needs of early travelers and miners providing them with food and lodging in Star, on their way to and from Boise and the mines in the Boise Basin.

One of Idaho’s oldest Christian church’s was organized in Star about 1869. As early as 1864 the first meeting of the Church of Christ were held at the home of David Fouch, a Christian minister, who was farming in the locality and later served as Star’s second postmaster. Another of the church’s early leaders was Shepp Gray, the first postmaster of Star. The Church of Christ built a church east of Star in 1881 on land donated by Mrs. Sam McDowell and later moved the church to its present location in 1906. Another area church was the Star Chapel belonging to the Methodists. The first location of the village of Star was one mile to the east of present Star, about halfway between the present town of Star and Star-Emmett junction. The first schoolhouse was built there in the 1870’s on land donated by B.F. Swalley. When the settlers finished building the schoolhouse, they couldn’t decide on a name for the building. One of the men sawed out a star and nailed it to the front door, pounding nails all around the edge of the star. this became an important landmark for miles around, and was a guide for travelers and miners. When they came to the schoolhouse with the star on the door, they could travel west one mile and find board and lodging for the night. So in time, the town became known as Star. The village of Star began to grow, providing services to travelers and serving as a rural center for neighboring farmers and ranchers. In 1880, a post office was established in Star with Shepp Gray the first postmaster and proprietor of the general store. The early settlement also had two blacksmith shops for “iron work” as well as the district school house, two churches, and half a score of residences. The first hotel was opened in 1888. 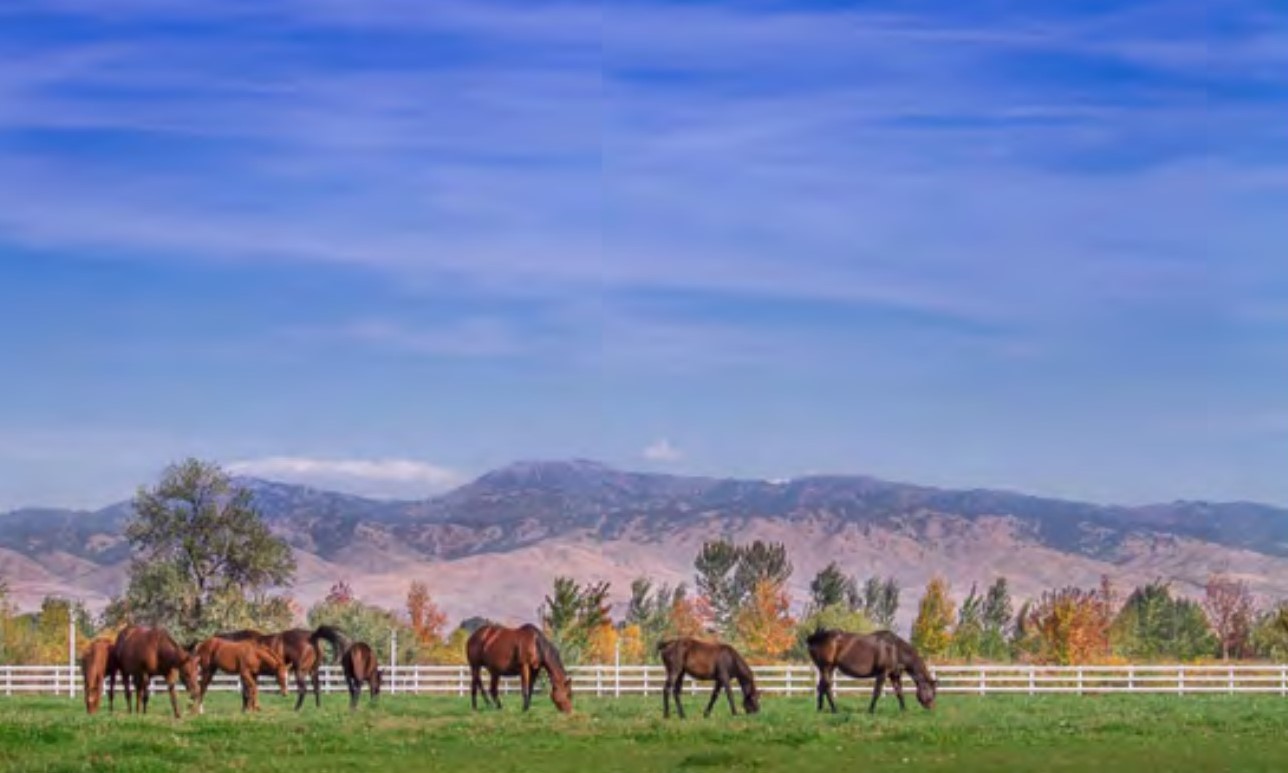 In 1905, Star incorporated and established city limits reaching four miles in all directions. During the early part of the century the town flourished with places growing rapidly and merchants doing good business. The town had a mayor, marshal, constable, and justice of the peace. The jail was a frame building located just east of the Odd fellows Lodge Hall. by the time the new interurban arrived, at least twenty new building had been erected in Star. The Farmers Bank was charted in 1907, with W.E. Pierce, the Boise real estate dealer, as the bank’s president. The bank continued longer than most small town banks. The farmer and merchant patrons experienced hard times in the twenties and thirties, closing in 1934 with depositors receiving their money in full. Other business in 1907 included the Star Creamery, Conway Hotel, and El Dorado Lumber Company, which handled farm and orchard products. Star was a bustling village with a population of over 500 people, making it the largest community in the Boise Valley after Boise. That same year, a contract was let to lay a ten-foot long, cement sidewalk for half a mile on the north side of Valley street, where the electric line was located.